← more from
Darla Records
Get fresh music recommendations delivered to your inbox every Friday. 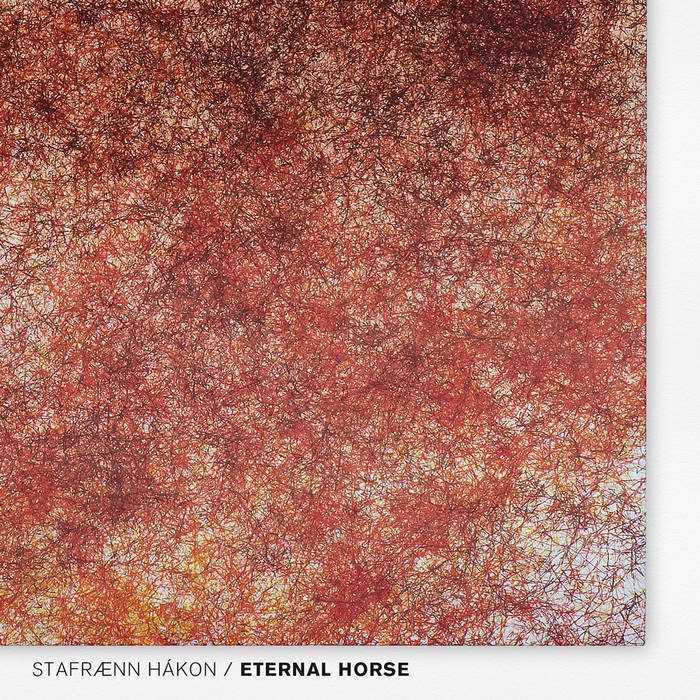 Following their first release on Darla, Eternal Horse is the ninth album ofthe Icelandic ambient rock band Stafrænn Hákon.
On Eternal Horse, Stafrænn Hákon move away from the DIY experimentald rony ambient and the lo-fi indie-rock sounds of their last albums, Prammi and Kælir Varðhund, and revisit the sound-spectrum of their previous Darla album, Sanitas (2010).

Eternal Horse contains nine pop-oriented and vocally driven melodies. The album builds on certain elements heard on Gummi (2007) and Sanitas (2010), filled with soft and floating guitars mixed with heavier guitar sounds, layers of acoustic instruments and vocals. Vocals and lyrics on the album are in the hands of Magnús Freyr Gíslason and At The Close Of Everyday frontman, Minco Eggersman, who again collaborates with the band, providing his deep and soothing vocals to three songs on the album.

Recorded at Vogor Studios between 2011-2015. All songs by Stafrænn Hákon. Mixed by Daniel Lovegrove. Mastered by Finnur Hákonarson. Produced by Ólafur Josephsson and Daniel Lovegrove. Artwork by Árni Þór Árnason

With..
Samuel White: Electric Guitar on Light and Falkor
Minco Eggersman: Vocals on Burning at both ends, I´m the beholder and Light

Bandcamp Daily  your guide to the world of Bandcamp

Little Brother joins the show to discuss their beautiful journey, plus tunes from Fat Tony